Be Strong in the Lord – Reboot 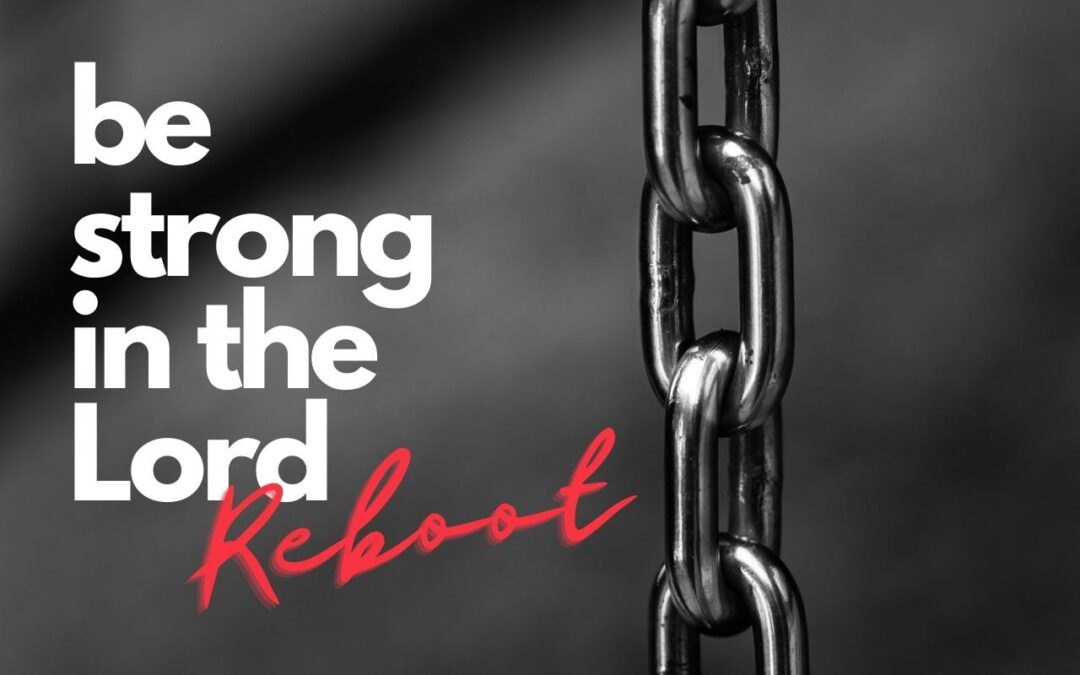 Be strong in the Lord, and in the power of his might. Put on the whole armor of God that you may be able to stand against the wiles of the devil. Ephesians 6:10

By faith and through His saving grace, God is greater than any situation or circumstance that you may face.   The wiles of the enemy are his tactics, delusions, misinformation, and distortions of truth that leaves people in search of answers.  There are conspiracy theories of all sorts, erroneous information being disseminated about who people really are and what they really stand for, and different accusations being made about what Christianity is and is not.

Indeed, and in fact the truth has always pertained to the Messiah coming into the world, been sacrificed for all of mankind sins, and resurrecting from the dead with all power and to never die again.  With that being understood there is a lot of falsity wreaking havoc all over the world by spreading lies and misrepresenting truth to get what benefits self.  Many in the Evangelical Community has drunk and is drinking the lies of the wicked!  How can I say that I embrace truth, God, and HIS Holiness and embrace falsity at the same time?

So, I raise the question, what about what God has said in His Word and is still proclaiming today???  Which is simply to live and let live…  There must be a repentance from the lies that has been spewed from every whelm and turn to and believe what the Word is saying.  Below, Romans 1:21-23 and 28-32 which states what happens when men go astray from God’s Word…

21 For even though [d]they knew God [as the Creator], they did not [e]honor Him as God or give thanks [for His wondrous creation]. On the contrary, they became worthless in their thinking [godless, with pointless reasonings, and silly speculations], and their foolish heart was darkened. 22 Claiming to be wise, they became fools, 23 and exchanged the glory and majesty and excellence of the immortal God for [f]an image [worthless idols] in the shape of mortal man and birds and four-footed animals and reptiles.

28 And since they did not see fit to acknowledge God or consider Him worth knowing [as their Creator], God gave them over to a depraved mind, to do things which are improper and repulsive, 29 until they were filled (permeated, saturated) with every kind of unrighteousness, wickedness, greed, evil; full of envy, murder, strife, deceit, malice and mean-spiritedness. They are gossips [spreading rumors], 30 slanderers, haters of God, insolent, arrogant, boastful, inventors [of new forms] of evil, disobedient and disrespectful to parents, 31 without understanding, untrustworthy, unloving, unmerciful [without pity]. 32 Although they know God’s righteous decree and His judgment, that those who do such things deserve death, yet they not only do them, but they even [enthusiastically] approve and tolerate others who practice them.

My hope is simply may the “Lord of All” touch the mouths and hearts of those that dare to believe to turn back to and serve Yahweh in fullness!